U House is located in the new development area in the suburb of Binh Duong, a growing industrial city in the South of Vietnam. The owner is particularly interested in the garden house in rural Central Vietnam and wanted to recreate the lifestyle that is in harmony with nature, often seen in this traditional residential typology. The challenge for us is to adapt the traditional design to this new setting. 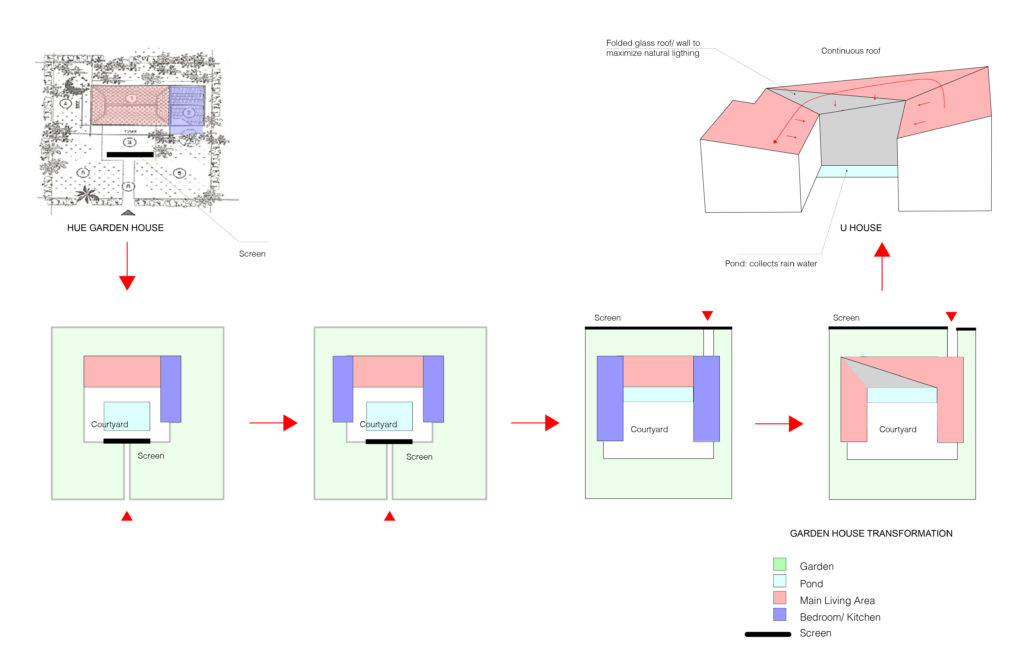 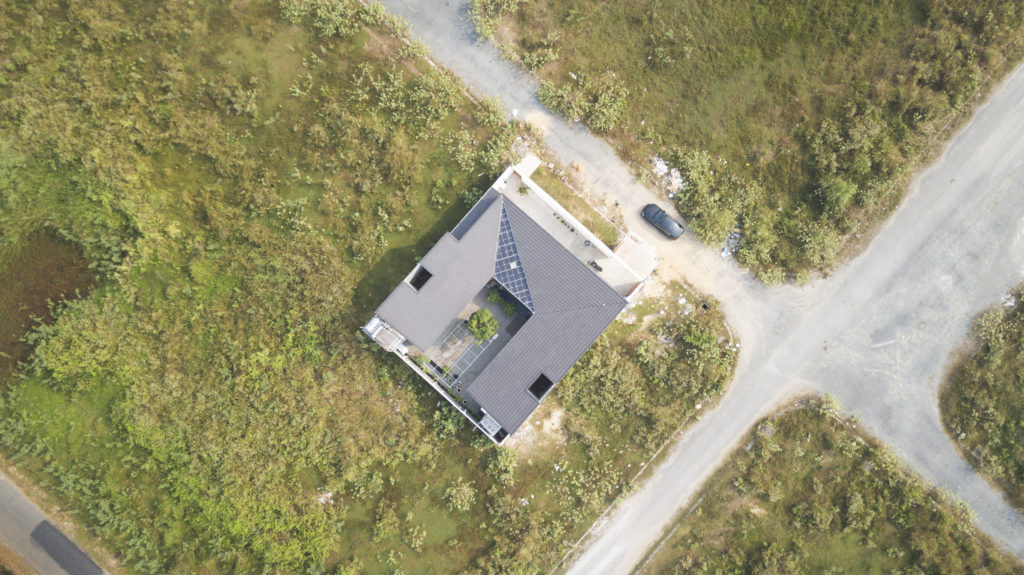 Learning from Hue’s garden house typology, we design U House around its most important features: the garden and the court-yard. In a traditional garden house, the courtyard is located in the front behind the entrance which is often signified by a stone screen wall to create privacy. In our case, the lot faces the main road to one side (the East) while the other sides are blocked by other lots (not yet developed). We decided to turn the U shape around, opening it to the courtyard in the back, the house and the gardens ultimately wrapping around each other. This formal transformation and spatial organization not only brings nature deep into this suburban dwelling but also solve several challenges. First, the garden and fishpond become effective devices in reducing severe sunlight from the West. Second, the screen is extended to become a long wall facing the main road, providing shade while blocking dust and noise noise, making the house more private and introverted according to the wish of the owner. 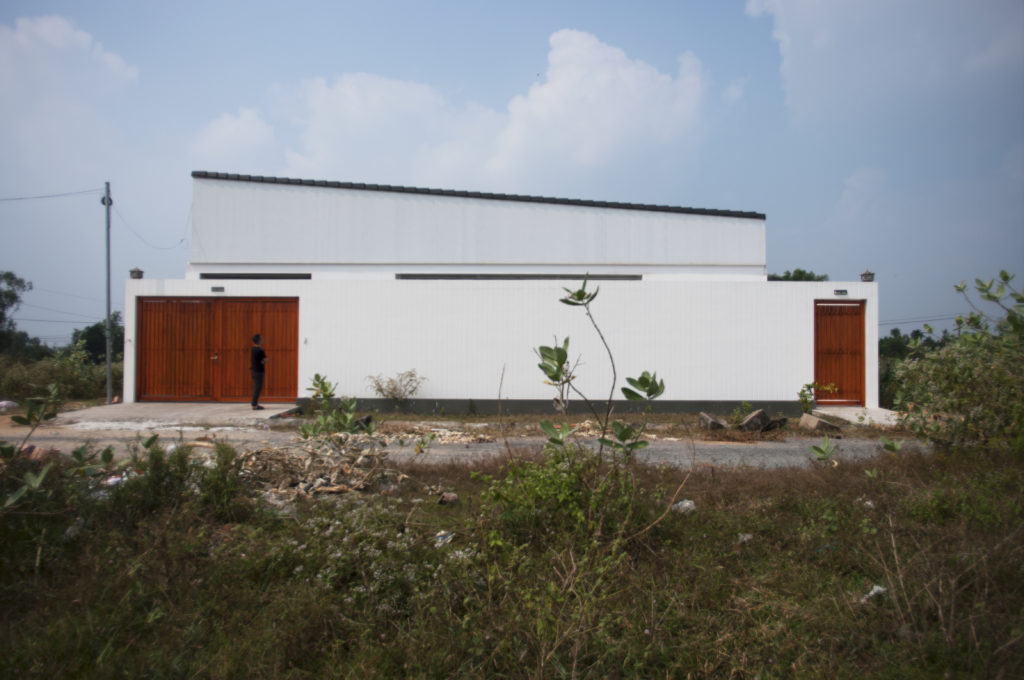 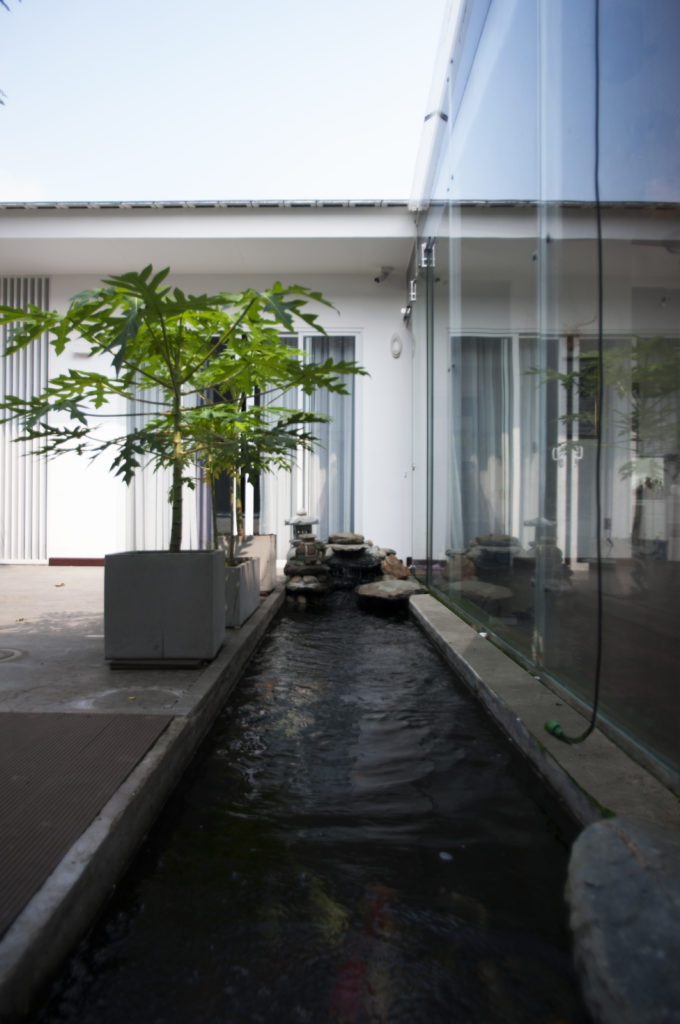 While the traditional garden house uses pitch roofs in additive mode, we create a continuous U-shaped roof going down from one end to the other, emphasizing the spatial organization of the house. The whole roof slopes down toward the courtyard; the drainage system is designed so that the pond becomes a rainwater collector, keeping the courtyard clean during the rainy season while saving water for the garden. We combined traditional material (tiles) with modern ones (iron and glass). The glass portion of the roof is folded down to become a glass wall, erasing the separation between the main living area and the courtyard, blending interior and exterior spaces. This part of the roof faces North, bringing softer light into the living space. 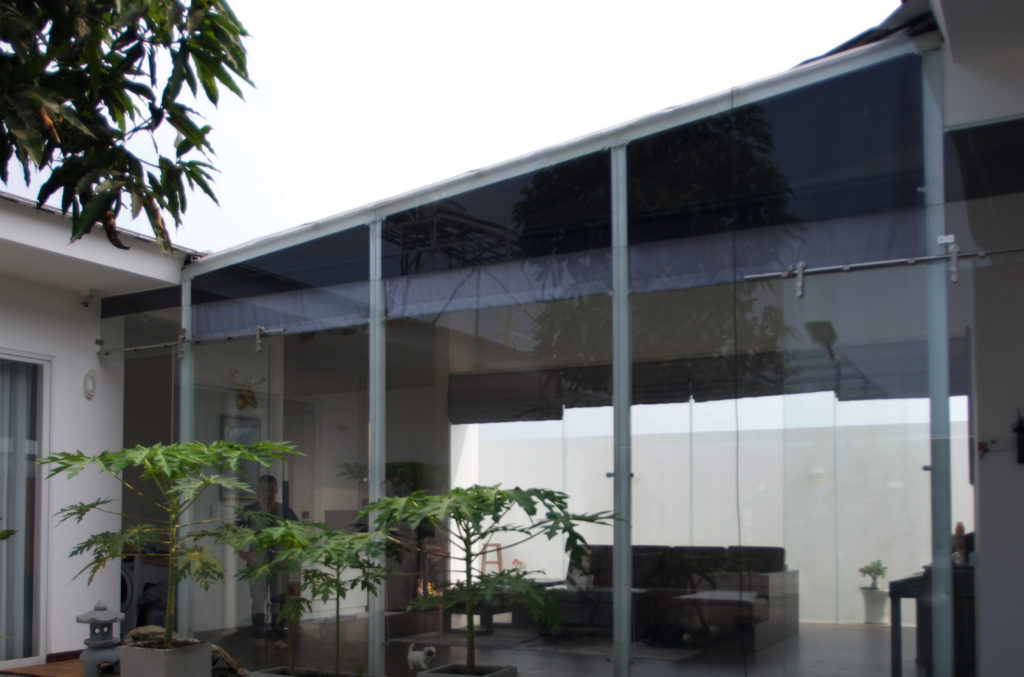 The house makes use of the effective organization of the tradtional garden house: the middle bar is the semi-private area (living room space), acting like a bridge connecting the side bars, which are bedrooms/ private areas. All spaces face the courtyard, which become a common place where the family could meet and hang out. We cut the roof above the bathrooms on both sides to create light wells that bring natural light into this often dark area of the house and enhance natural ventilation. 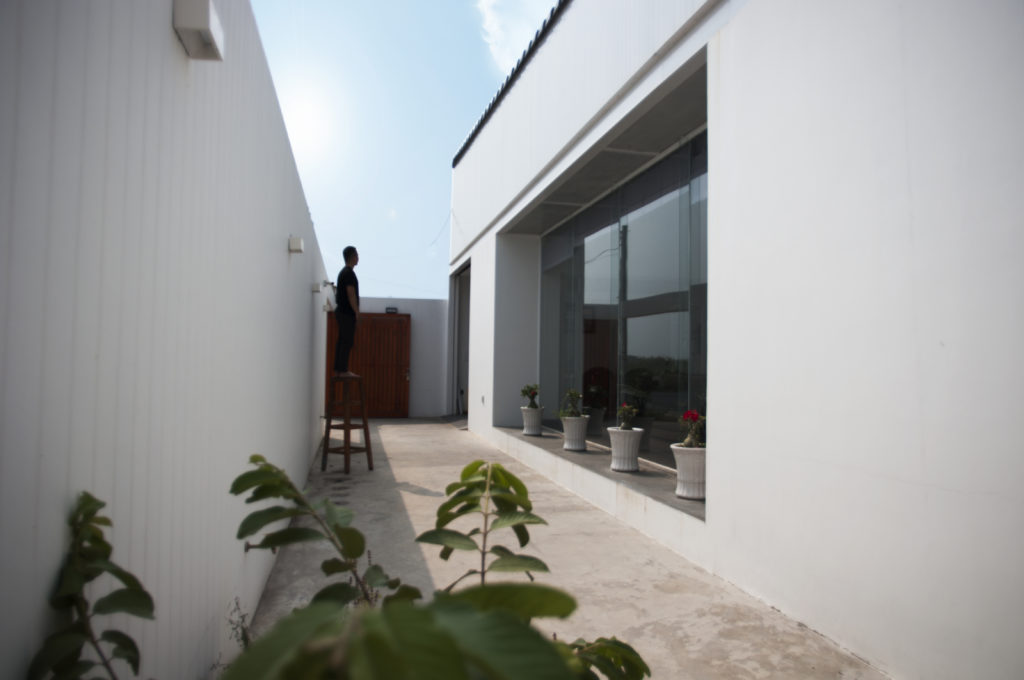 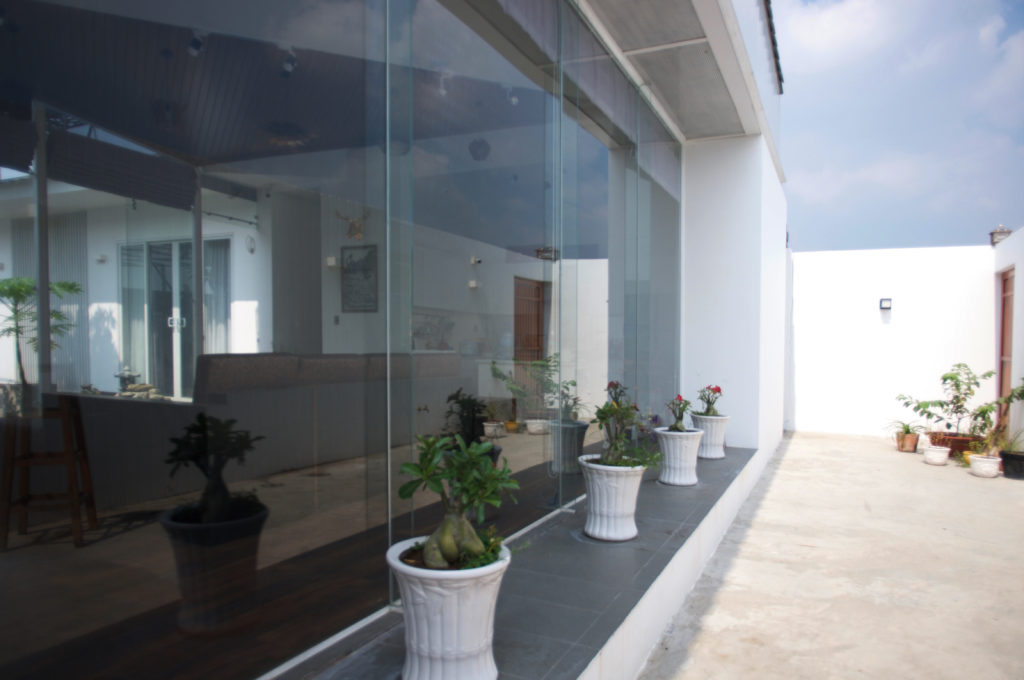 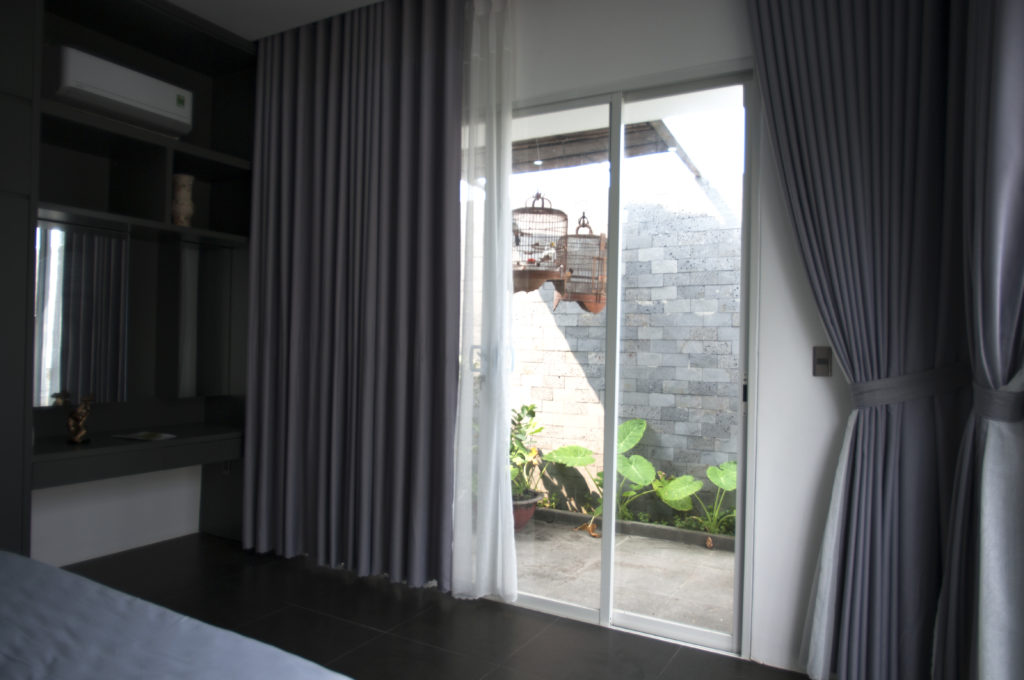 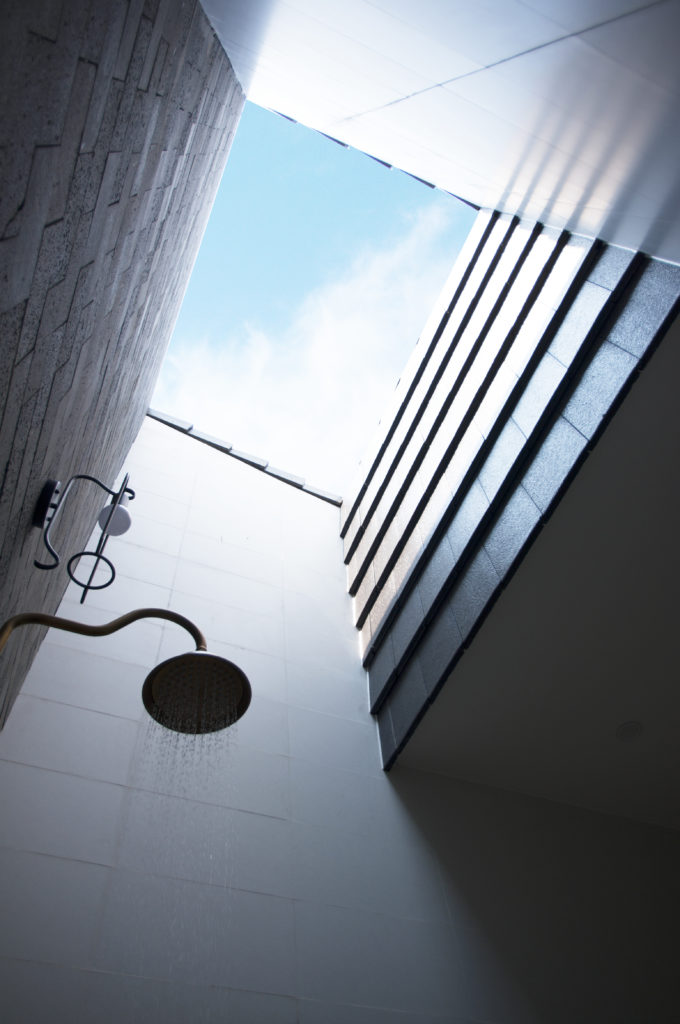 Fengshui principles are also applied creatively, with the screen (long wall in the front) acting as a shield, blocking dust and noise; the water pond in thecourt yard to cool down and neutralize the air flow. 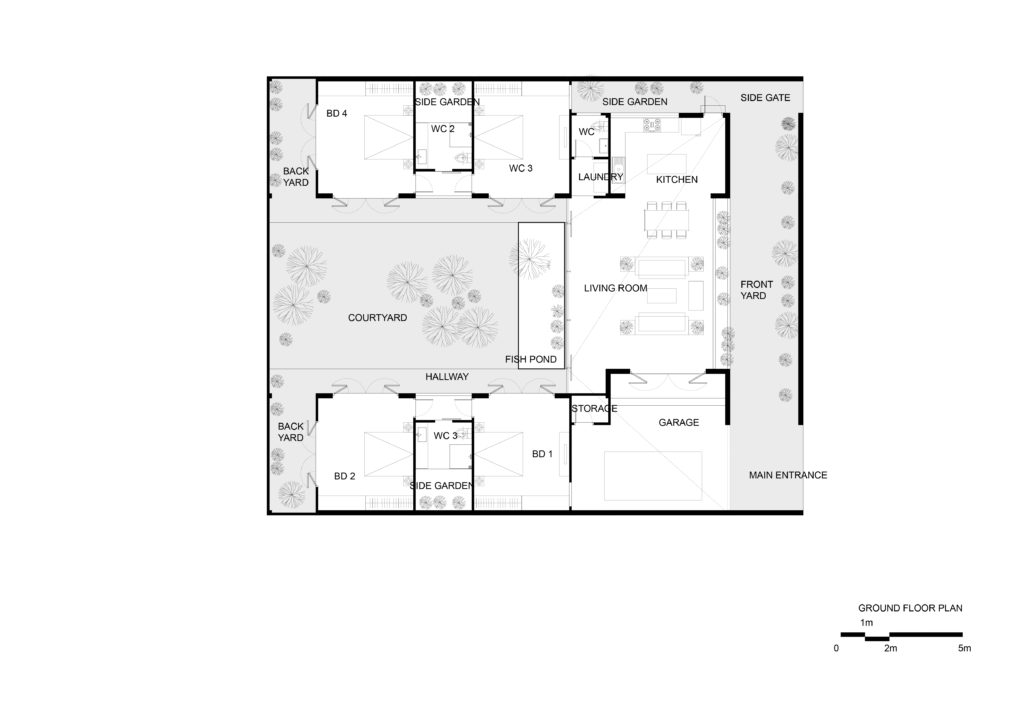 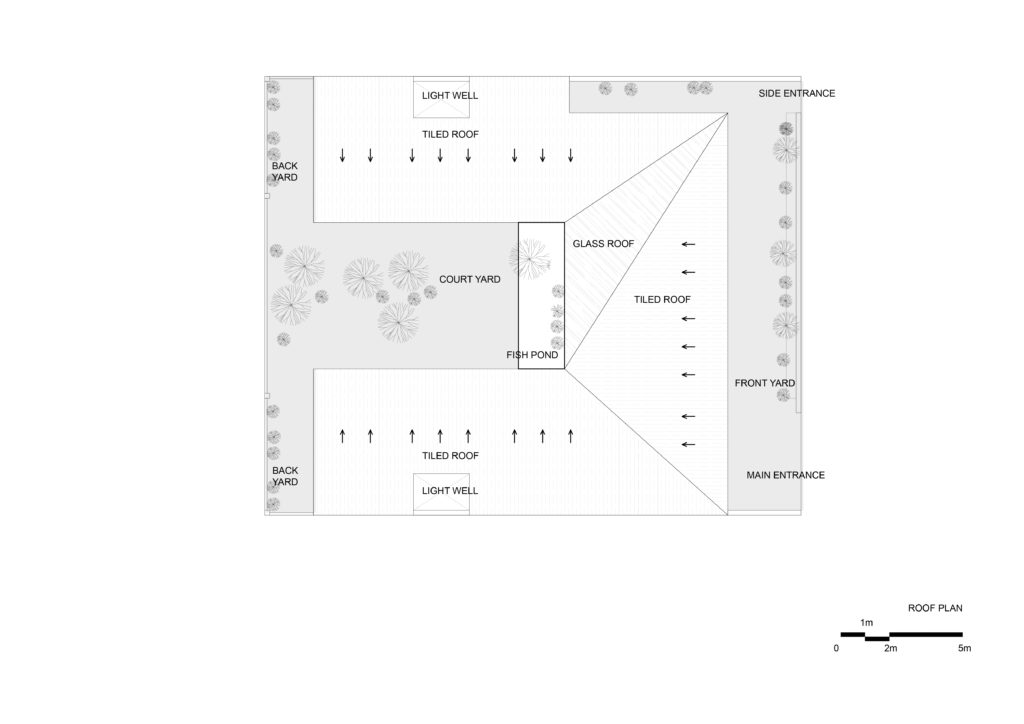 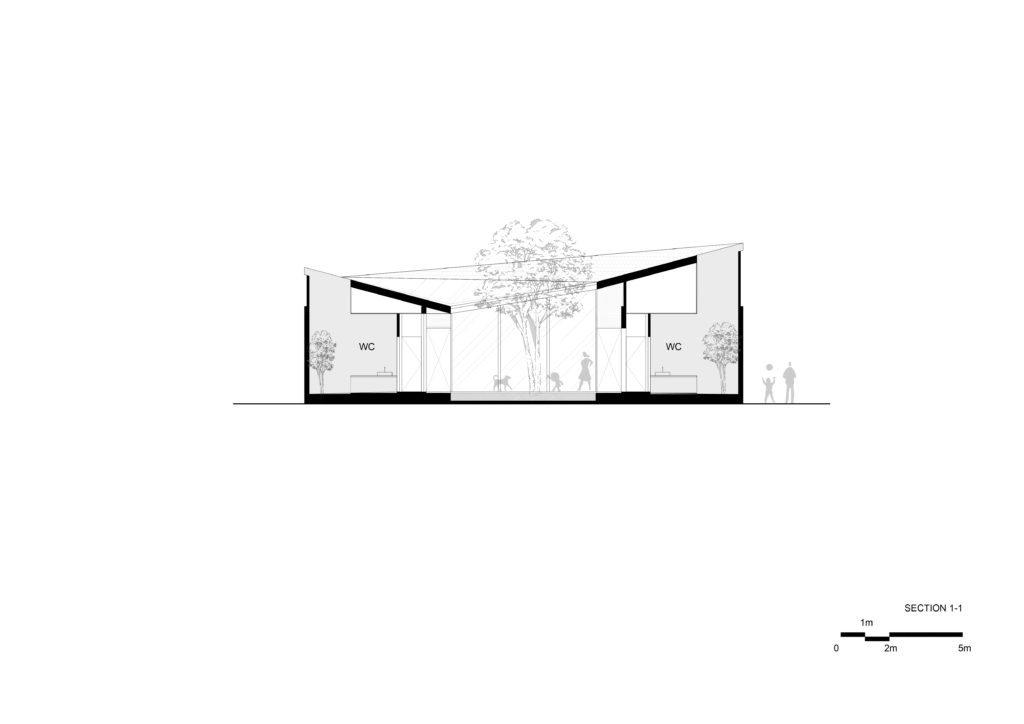